Here is a new opportunity to see some of my photographs taken in Antarctica while working as the On-Board Reporter for Tara Ocean Foundation.

The exhibition “Peuple invisible de l’Océan” has been created by Maison de la Radio et de la Musique and will be hosted in the nave of the Radio France building, located in the heart of Paris.

I am invited to talk about the climate crisis at the Médias en Seine Festival, held in Paris on November 22. I will be honored to speak alongside Jean-Louis Etienne, a French doctor, author, and explorer.

I have been documenting the new scientific expedition TARA MICROBIOMES. I was aboard the schooner for the first scientific leg of the mission in Patagonia in Chile. Later, I documented the Brazilian leg, where we sailed the Amazonia river, from Macapa to Belem. In January 2022, I took part in the Antarctica leg. I joined the schooner at King George Island, and we sailed through the Antarctica peninsula, toward the Weddell Sea. Finally, my last mission, was from Cape Town, in South Africa, to Luanda in Angola.

This new expedition aims to better understand planktonic life and the impact of global warming and plastic pollution on these microscopic organisms. As the On-Board Reporter, my mission is to document this scientific mission.

I produced content (Photos, Videos, and Podcasts) for social media and for international TV media. 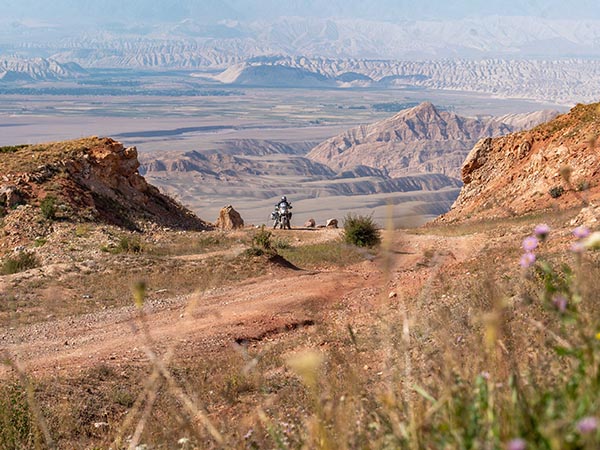 Last summer, I took part in a new motorcycle road trip from France to Japan, organized by T3 AVENTURES. I filmed part of the adventure while the bikers were in Uzbekistan and Kyrgyzstan, for a series (3x26min), broadcast on Youtube.

See below the 2nd episode and some portraits of the people we met on the road.

AVENTURA offers its participants 100% female orienteering races, whether on foot or by car. I participated in the Corsica challenge in the magnificent landscapes of Alta Rocca, in the Corsican mountains. Each day, the teams walked for 8 hours and located each other using a map and a compass. I captured this beautiful challenge in a 26-minute video. 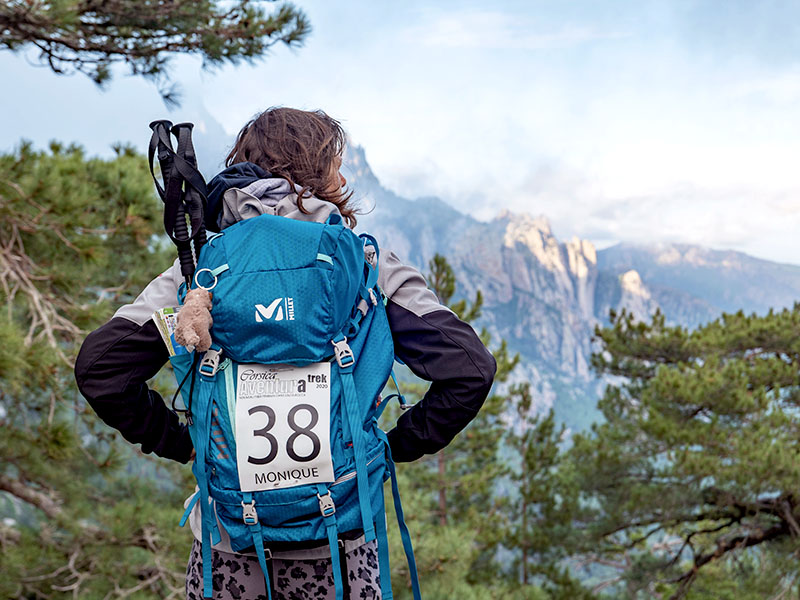 CLIPPER RACE
Around the world

Here I am, back on one of my toughest challenges so far, documenting the Clipper Race in extreme conditions for a 7 part television series (7x52min). The videos are broadcast internationally on SKY SPORTS in the UK, FOX SPORTS in the US, Australia, and the Middle East, on NAUTICAL CHANNEL in Europe….

From Cape Town in South Africa to Subic Bay in the Philippines, I have been filming and taking photos of the teams while facing extreme conditions: from the storms of the Southern Ocean along the roaring forty’s to the unbearable heat while crossing the Equator… 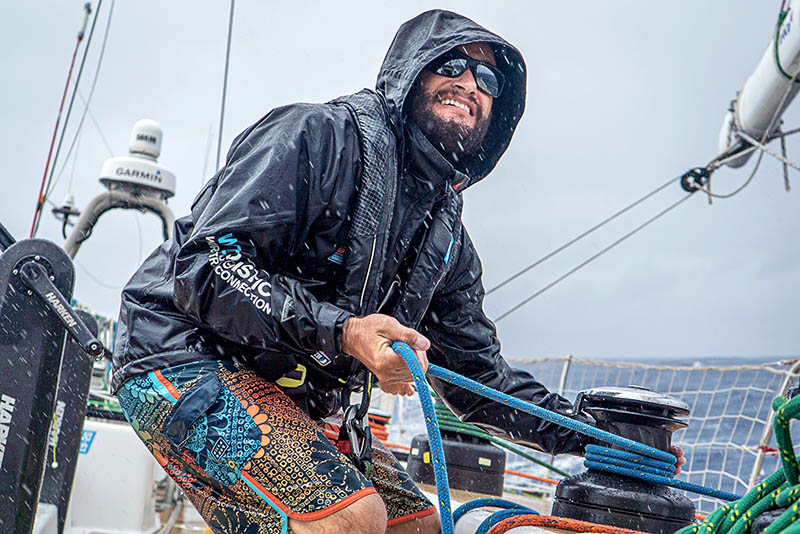 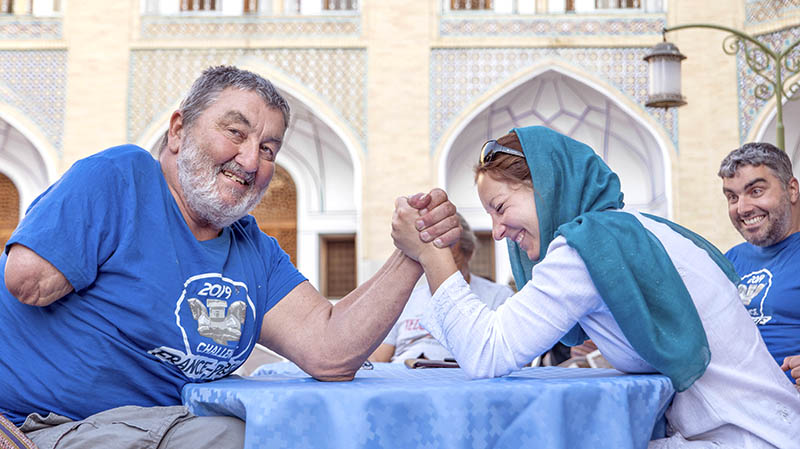 I worked as a photographer on the Challenge France-Perse 2019, a motorcycle road trip from France to Iran, organized by T3 AVENTURES.

33 motorbikes and 2 sidecars left France on the 15th of September 2019 and arrived one month later in the amazing city of Persepolis in Iran.

During summer 2019, I worked on the editing of the 52 minutes movie: “Le Voyage extraordinaire des Foggs”.

SYNOPSIS: a bunch of bikers called the “Foggs” experience a 22,000km journey from Bangkok to Paris. A long way home along with one of the most beautiful transcontinental roads on the planet, the silk roads. It is a rich and strong human story about ordinary people who achieve something remarkable far from their comfort zone. 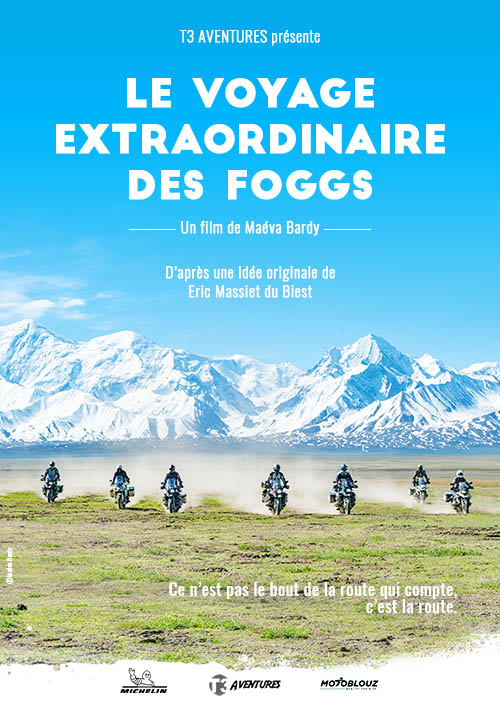 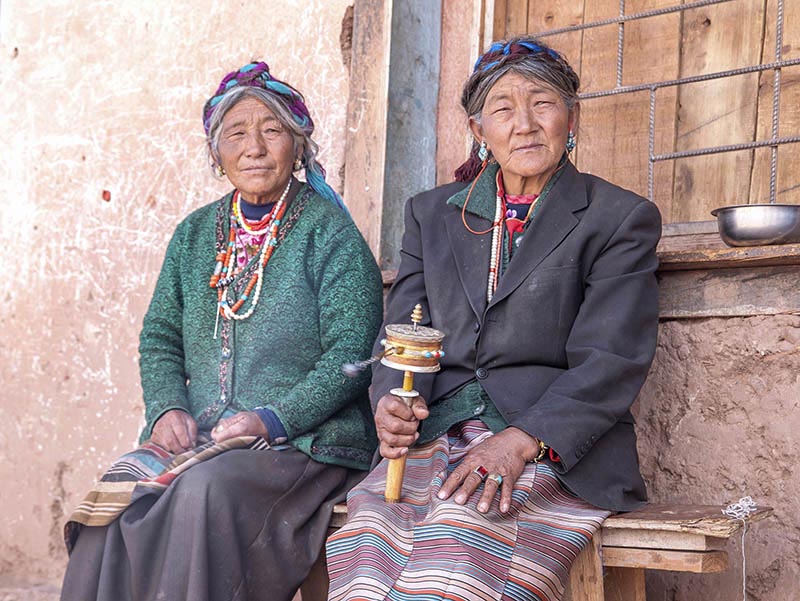 As a photographer and filmmaker, I traveled 22,000 km by motorbike from Bangkok to Paris. A very stimulating experience that required a lot of adaptability from me to document this 3-month road trip, mostly off-road and up to 5,000m in the Himalayan mountains. I discovered fabulous landscapes and encountered a great cultural diversity as we progressed through China (Yunnan, Tibet, Xing Yang), Kyrgyzstan, Tajikistan, Uzbekistan, Turkmenistan, and finally, Iran before joining Turkey and then Europe. An unforgettable experience…

‘La Course de Leur Vie’ was screened at the ‘SAIL IN‘ Festival of Bilbao on the 8th of March. I was invited to introduce my film and participate in the Talk on the role of women in ocean sailing for Women’s Day. 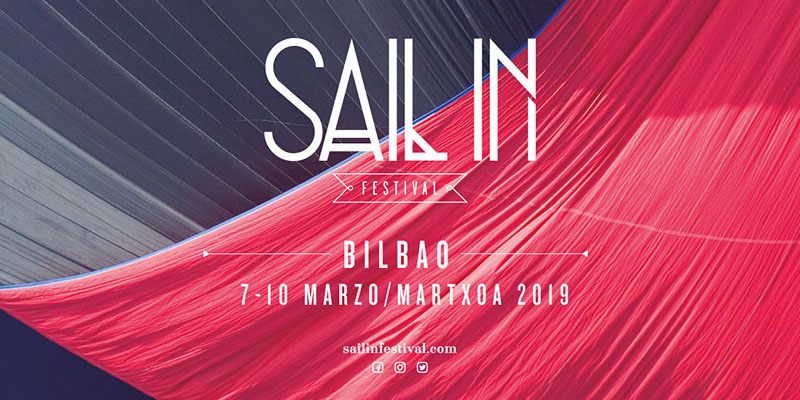 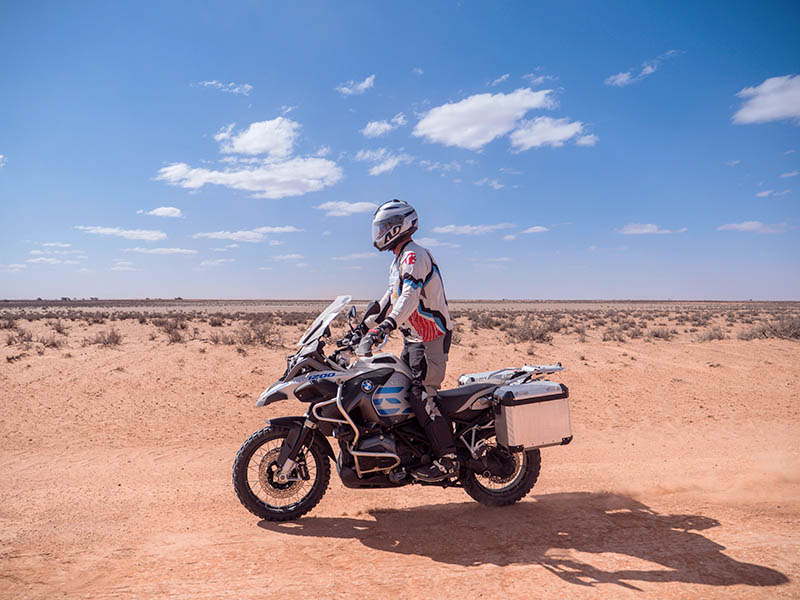 My first experience as a Photographer and Camera Operator on a motorbike… I was in charge of documenting this 7.000 km journey in South Australia and Tasmania. A 20-motorcycles adventure trip.

‘La Course de Leur Vie’, is a 20 min movie where I share my insight working as an Onboard Reporter. The short film has won the ‘Prix du Public’, awarded by the audience at the WATERPROOF FESTIVAL in Geneva, the 11th of October 2018.

SYNOPSIS: Filmed onboard a 70-foot ocean racing yacht miles closer to the International Space Station than to land, Maéva Bardy, onboard cinematographer for the Clipper Round the World Yacht Race, faces phenomenal sea-states, hurricane conditions as well as extremes of heat and cold in pursuit of her documentary. This insightful behind-the-scenes story captures both the exhilaration and exhaustion experienced by the Race Crew in The Race of Their Lives. 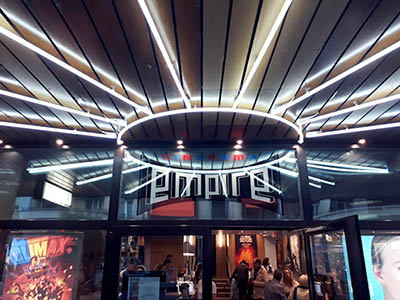 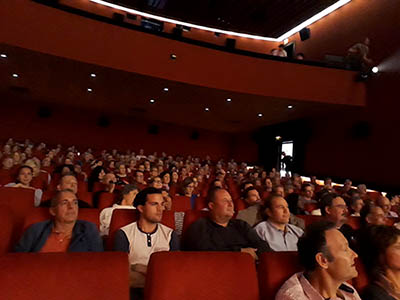 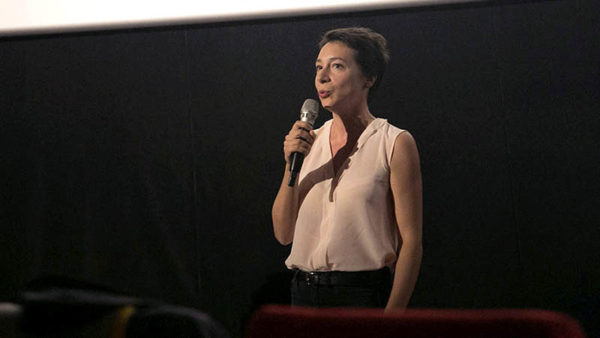 PARTICIPATING IN Q&A AFTER THE SCREENING | WATERPROOF FESTIVAL | GENEVA 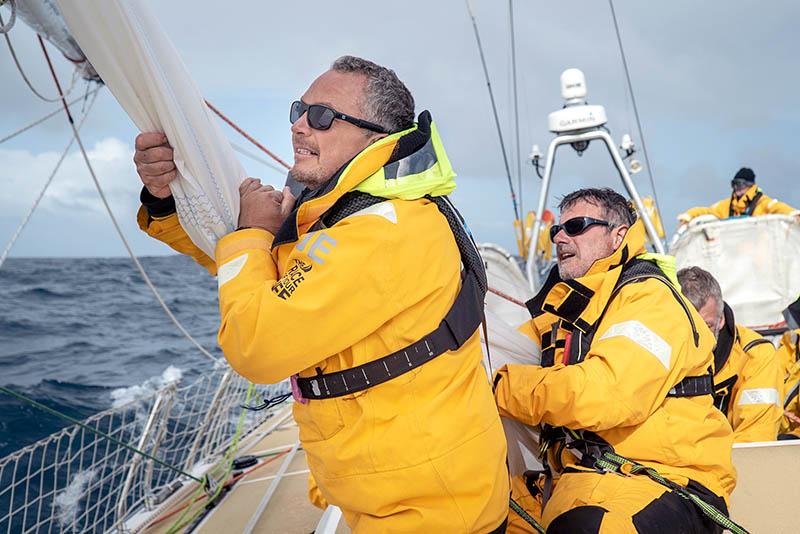 CLIPPER RACE
Around the world

I started working for CLIPPER ROUND THE WORLD YACHT RACE in the 2017/18 edition. My job involved filming onboard the Clipper yachts, writing logs, and editing wrap-up videos for social media in one of the most challenging environments.

1080 MEDIA TV is producing a 7 part television series (7x52min), broadcast internationally on SKY SPORTS in the UK, FOX SPORTS in the US, Australia, and the Middle East, on NAUTICAL CHANNEL in Europe…

Working with 1080 MEDIA, a TV production company based in London, led me to work on a range of projects such as a TV travel series called “EARTH CYCLE”.

“EARTH CYCLE” is a study of flora, fauna, and people, set around an epic cycling journey across Scandinavia for a 5 part television travel series (5x25min).

As a camera operator, I was filming the journey of Simon Parker, a journalist and travel writer (The Telegraph, BBC…), as he was cycling from North Cape to the South end of Sweden. 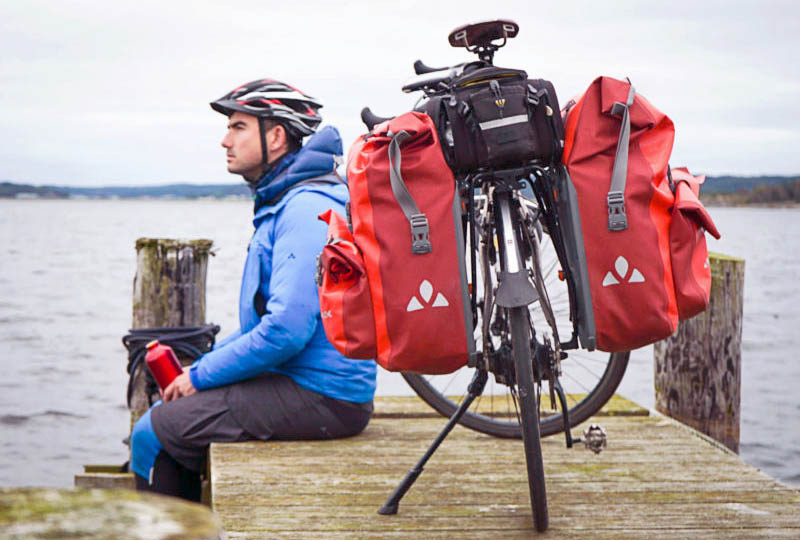